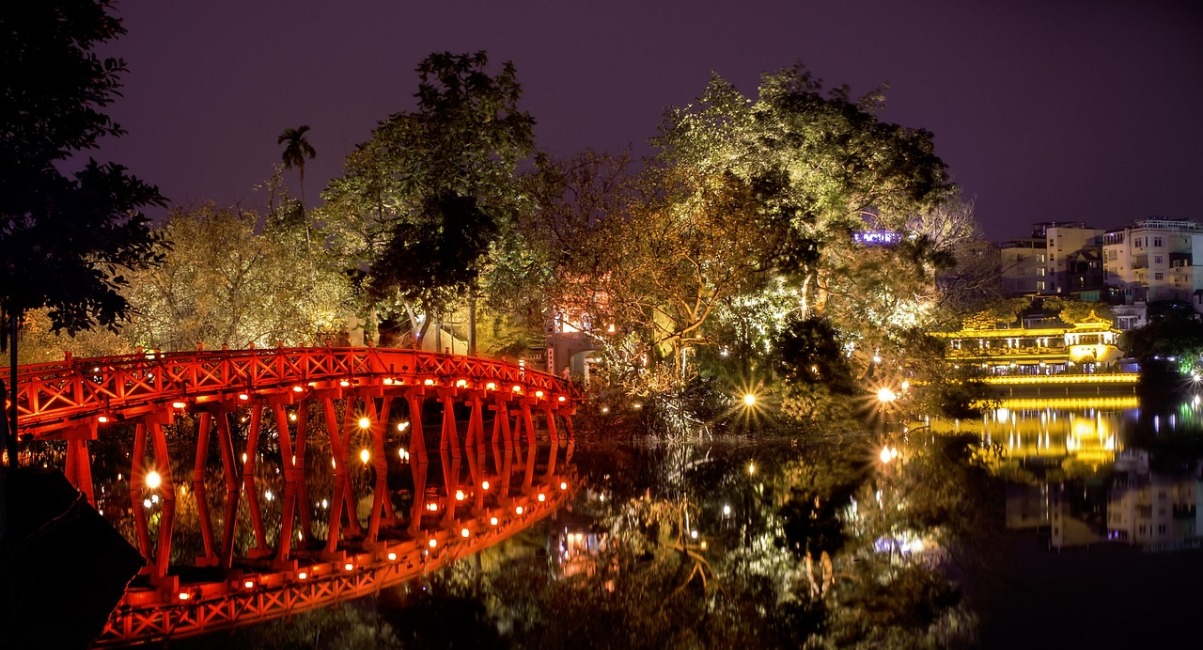 In early 2011, the Vietnamese government adopted the “Strategy for the Development of Tourism in Vietnam until 2020, a vision until 2030”, recognizing tourism as the main driving force of the country’s economic growth. Thanks to a stable policy, training of specialists, development of infrastructure, development of tourism products and services with local cultural characteristics, the tourism industry of Vietnam has made a significant breakthrough over the past few years. If in 2009 the country received about 3.8 million foreign tourists, then in 2019 this figure increased to 18 million, according to the Ministry of Culture and Sports. On the graph, you can track the dynamics of growth.

In particular, the state capital Hanoi planned to receive more than 8.2 million foreigners and almost 23.8 million local tourists in 2020. Unfortunately, the situation in the world will make significant adjustments to these figures, but now we want to talk not about that, but still, about the country’s success in the tourism sector.

Recently, the Hanoi Tourism Department, Vietnam Posts and Telecommunications Group have been working on an intellectual project to promote the tourism industry of the capital. They updated the tourism department’s database management system with the city tourism portal, which provides competent authorities and visitors with information about hotels, restaurants, entertainment and sports areas, as well as domestic and international travel agents and tour guides. As part of the project, the portals “sodulich.hanoi.gov.vn” and “Tourism.hanoi.gov.vn” were created.

The Visit Hanoi mobile application for iOS and Android has also been created, but unfortunately, it is not very popular among tourists, as evidenced by the small 100+ number of installations and a low score of 3 points. Once again it proves that tourists are reluctant to install new applications on their smartphones, and it is better to be represented not in local, but in international applications.

Also, free Wi-Fi has been installed in 12 tourist places, including the pedestrian area around Hoan Kiem Lake, the Huong Son landscape complex in My Duc district, the Bat Trang ceramic village in Gia Lam district, the ancient village of Duong Lam in Son Tay Town and the village of artists Co Do in the Ba Vi area.

In 2019, the city was praised by many international newspapers and magazines. It ranked 15th among the 25 best world places selected by TripAdvisor readers, and 5th among the 7 best places in Asia for individual travelers according to Bigseventravel.

Hanoi is increasingly in line with Smart City status. Smart tourism, in fact, is an opportunity to prepare a trip using Internet services and travel using a smartphone, and getting all the necessary services through mobile applications. The tourism business of Vietnam in general and Hanoi in particular is widely represented both in local and international tourism services and applications. On Tripadvisor you can find reviews of hundreds of attractions in the Vietnamese capital. GetYourGuide features 268 events and entertainment in Hanoi, while Viator.com offers 6,348 tours and tickets in Hanoi.

At the same time, only 61 landmarks are marked on Google maps, and only 21 on Yandex maps, although the number of tourists from Russia in 2018 exceeded 600,000. This suggests that the country’s tourism businesses have not yet fully realized the importance of their presence on the Internet and, apparently, the mission of the DMO is to convey this knowledge to businesses.

As for online transportation services in Hanoi, you can use the popular application Grab or the local application Mai Linh Taxi to call a taxi, and purchase tickets through international services such as Jetradar or Scyscanner.

Unfortunately, we came across a poor representation of the Hanoi Department of Tourism on social networks. There is no page on Instagram at all. The Facebook page is only in Vietnamese with 1363 subscribers. There are only 13 readers on Twitter and nothing has been published for half a year already. The YouTube channel for 2 years of its existence has only 32 posted videos and only 22 subscribers.

In the modern world, Internet marketing and social media representation is one of the most effective ways to increase the growth of tourists, and in our opinion, it already exceeds the effectiveness of TV advertising and participation in tourism exhibitions. Obviously, the official tourism authority of Hanoi still has a lot of work to do in this direction.

We would also like to say about one very useful resource, which is hardly used by the city to attract and serve tourists – free mobile audio guides. Of course, some tourist places, for example, the Center for Scientific and Cultural Activities, the Imperial Citadel of Thang Long Hanoi, the commune of Bat Trang, use multilingual audio guides, but they are automatic and given to tourists for a while. But in our opinion, audio guides based on mobile applications are much more convenient and user friendly, and do not require storage and maintenance. Creating such an audio guide is quite simple and it does not require special knowledge. But the tourism authorities, businesses and museums of Hanoi are obviously ill-informed of the benefits of this modern technology. For example, the international library of audio guides izi.Travel has only 2 audio guides for Hanoi and only in Vietnamese. While this application has over 3 million users.

The world is changing before our eyes and, apparently, tourism will also change. Independent travel will become increasingly popular. Even now, smart tourism technologies help reduce the risk of infection by reducing the number of contacts with other people at various cash desks, help desks, visit centers, as well as with guides, interpreters, etc. You can read more here.

We want to wish the Hanoi Tourism Department success in the development of smart tourism and recommend to strengthen their representation on social networks, and pay close attention to the izi.Travel resource to easily create multilingual audio guides and upload them as virtual tours. We really hope that the world community will very soon be able to cope with the pandemic and the crisis, but while the tourism industry is quiet, you can use this time to strengthen Internet marketing and introduce more advanced and convenient technologies.